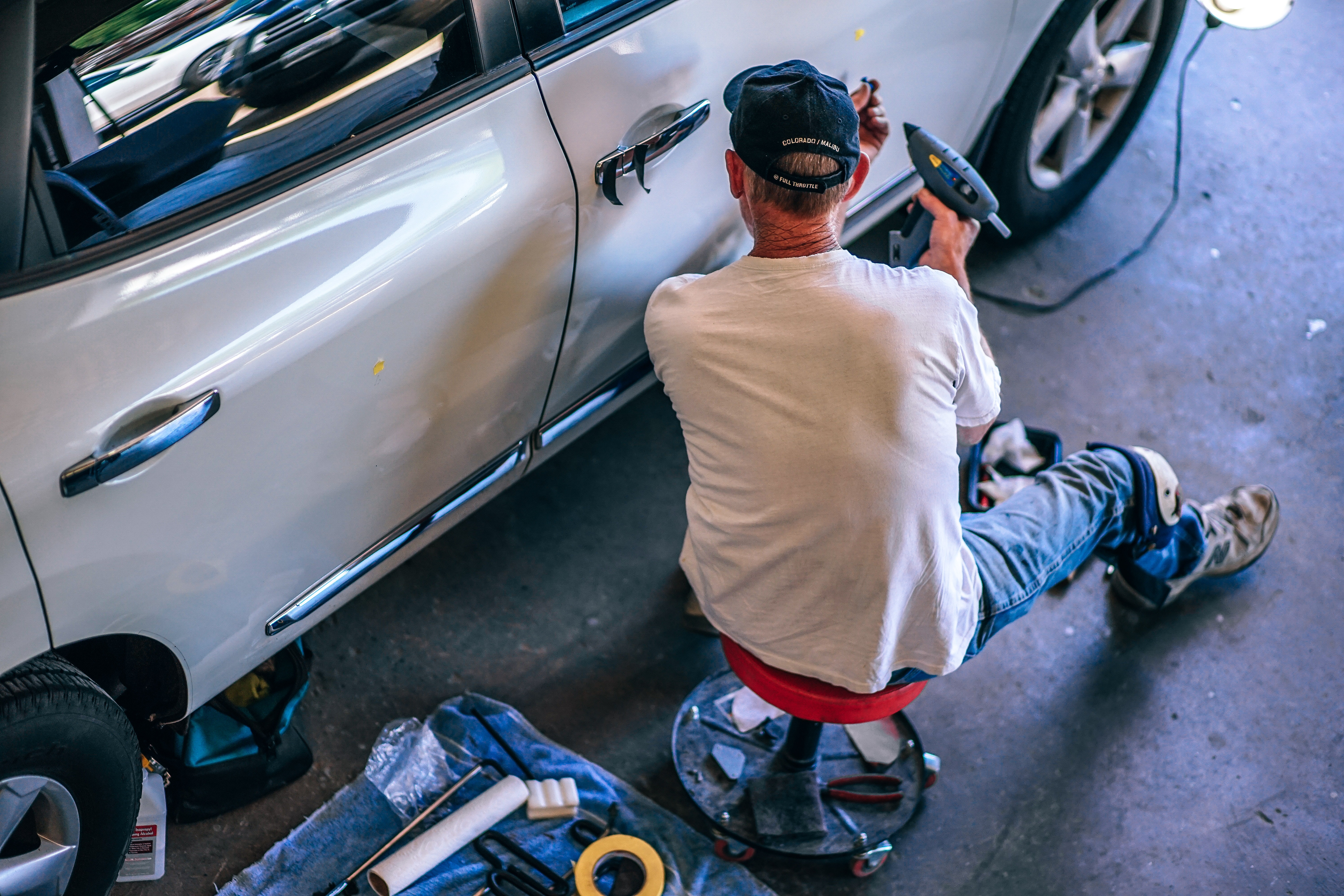 If you aren't familiar with the dark inner workings of your car, choosing the right mechanic can be downright intimidating. It's difficult to know where to go, who to trust and whether you're being taken for a ride. In the past the most powerful tool at your disposal was word of mouth, and the advice of family and friends. That's still true today, but that source of advice has expanded from your immediate family and friends to the whole of the Internet.

Almost as good as having taken auto shop in high school.

RepairPal is a good starting point if you're unfamiliar with many aspects of automotive repair. It allows you to plug in the make and model of your car and the needed repair, and then outputs a reasonable price range you could expect to pay, breaking it down into labor and parts. It seems to be fairly accurate judging by a few test cases, so if a mechanic quotes you something that is too far out of the ballpark you will want to inquire as to why. It's possible that the mechanic is including parts in his estimate that RepairPal hasn't considered, for example replacing a worn serpentine belt along with a bad alternator, since the belt must be removed in order to replace the alternator. The site also allows users to post reviews of specific shops, which can help you narrow down the field.

Finding word of mouth on the Internet: everyone has an opinion and they're more than happy to share.

Sites like Yelp and Citysearch also allow members to post reviews on local businesses, including mechanics. It's always worth remembering that someone who has had a bad experience is more likely to complain than someone who had a good experience is to praise, so if a shop has one bad review don't necessarily count them out. Pay attention to what people are saying on these sites, such as what hourly or 'flat rate' the shop charges, whether they use reputable parts suppliers, what types of cars they work on and what type of work they do. Some shops only work on Japanese imports, some shops specialize on only transmissions, and others can take care of any problem you might have.

Another good source of information is Mapquest, Google Maps and Yahoo! Maps. Using these services you can search an area around your home or work for mechanics, and many of them will have reviews posted similar to sites like Yelp and Citysearch. This is useful since it gives you a visual idea of how convenient a shop might be.

When all else fails, check with consumer advocacy groups.

A good way to weed out trouble shops is to see if they have any complaints through your local Better Business Bureau. Many shops won't actually be members of the BBB, but the BBB will still have records of if there were any disputes and how they were handled. The BBB now has a very convenient online search to look up this exact information. If you search for a specific business you will be able to see a slate of information on that business, including a letter grade that has been assigned to them, whether there have been any complaints in the last 36 months, and whether those complaints were resolved.

An excellent source of consumer information is the Consumer Checkbook, which publishes in seven areas around the country: Boston, Chicago, Delaware Valley, Puget Sound, San Francisco/Oakland/San Jose, Twin Cities, and Washington, DC. Unlike the other services mentioned so far the Consumer Checkbook requires a subscription fee, which covers both a print version and access to all the data on their website. They have actually accumulated data from real customers of area mechanics, along with many other products and services, and rated them based on different factors, including consumer satisfaction and cost, to give you an idea of what area shops are charging per hour, or flat rate.

Flat rate is the method by which most mechanics calculate the labor for which you are charged. They have a flat rate manual, or more likely a computer program, which contains data on how much time it is supposed to take to perform any given repair. In practice a slow mechanic can take many times longer than flat rate, while a fast mechanic who has done the operation many times might be able to 'beat' flat rate. However, the flat rate multiplied by the shop's hourly rate is what you will be charged in either case. There are two main sources of information for flat rate estimation: Nichols Chiltons, and Alldata, and the two sometimes can differ substantially. Very few shops own both systems, so one possible explanation of a difference in flat rate estimates is that one shop is using one while another shop is using the other.

Using information gleaned from these and other online tools and sources, as well as the all-powerful recommendations of friends and family, you should be able to confidently choose your mechanic even if you don't know the difference between a spark plug and a wheel lug.